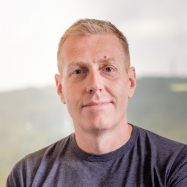 Originally published on Slaw.ca. The title of this post stands for  Artificial Intelligence for Access to Justice . It sounds a little like buzzword festival. Rest assured however – there is no mention whatsoever of  block chain  or  design thinking  further down in the text. A few months ago we sent out  an invitation  to industry partners to join  Lexum Lab  (Lexum’s R&D team) to test a few AI ... Read more

Project Director – LexUM: Ivan Mokanov Director of LexUM: Daniel Poulin The Environmental Scans are the first component of the “Free Access to Law – Is it Here to Stay” global study on the sustainability of FAL initiatives. The overall goal of this research is to respond to a need to study what free access to law initiatives do and how they do it. This will lead to an understanding of the effects FAL initiatives have on society and to an exploration of the factors determining their sustainability... Read more

This Methodology Guide was developed collaboratively by the project members of “Free Access to Law – Is it Here to Stay?” This study was made possible thanks to a grant from the International Development Research Centre as well as support from the Open Society Institute. The “Free Access to Law – Is it Here to Stay?” project is composed of members from Canada’s LexUM, South Africa’s SAFLII and India’s Centre for Internet and Society. One of the first recorded free access to law (FAL) initiatives is Cornell's Legal Information Institute (LII), launched in 1992. This LII published online – and still publishes today – legislation, court decisions and other legal documents, available to anyone with Internet access. The LII model of FAL initiatives quickly inspired similar initiatives in Canada (CanLII), Australia (AustLII), and elsewhere around the world. As the number of FAL initiatives grew, so did the need for a venue where FAL practitioners could meet. In 1997, the first Law Via the Internet Conference was held in Sydney, Australia. Since then, nine conferences have been held in Europe, North America and Africa. In 2002, the Montreal Declaration on free access to law was signed by eight LII and other FAL initiatives. Today, over 30 initiatives subscribe to the principles of the Montreal Declaration and are formal members of FAL. Indeed, initiatives that aim to deliver access to law at no charge have been carried out by various types of organisations – LIIs, of course, but also governments, the judiciary, academia, law societies, NGOs, and more. The Montreal Declaration outlines the vision and goals of the FAL Movement (FALM) stating, amongst other principles, that "Public legal information from all countries and international institutions is part of the common heritage of humanity. Maximizing access to this information promotes justice and the rule of law." Read more