Decisia 6.3 introduces a more streamlined approach to group management and user access to documents. It offers improved integration with Qweri.

With Decisia 6.3, documents can be assigned one of three possible publication statuses:

Former “Intranet viewers”[1] and “Visible to”[2] publication statuses are both replaced by “Publish” + one or many assigned groups.

These changes have no impact on your documents’ access rights; documents continue to be visible only to the users you’ve assigned as viewers[3]. 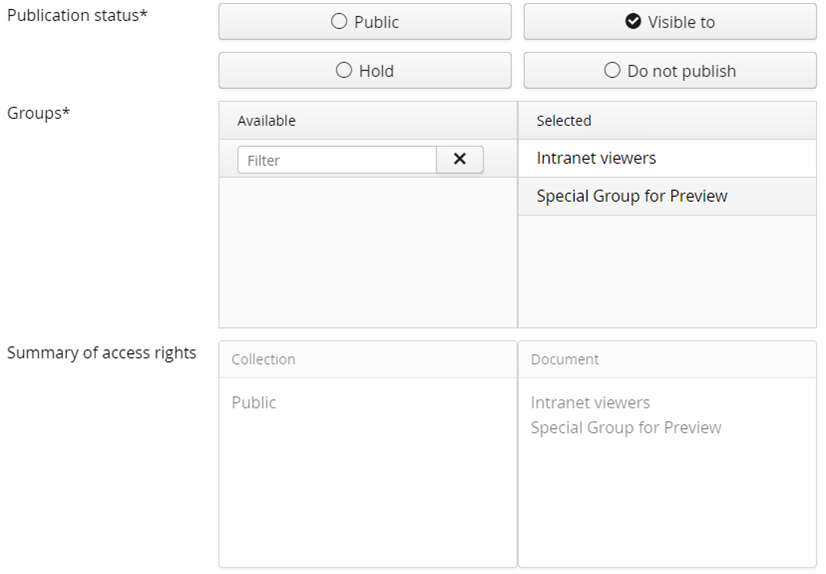 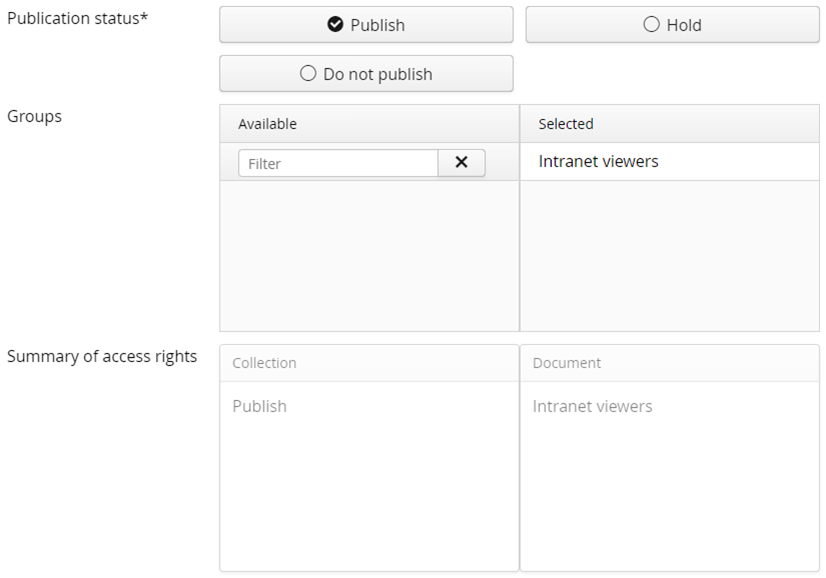 For clients not using Decisia’s intranet/group feature or whose package doesn’t include it, Decisia 6.3 makes it possible to declutter the administrative interface of said feature.

When the intranet/group feature is made inactive, the corresponding fields are no longer displayed in the Add/Edit Decision forms. Search filters and results in the administrative interface’s Decisions tab are also updated accordingly.

In the coming weeks, affected clients will be contacted by Lexum’s support team to confirm when the intranet/group feature will be removed from their administrative interface.

Until now, Decisia clients with collections powered by Qweri – Lexum’s solution for interactive online manuals – could only make these collections and their documents available publicly. With Decisia 6.3, the visibility of Qweri collections and documents integrated to a Decisia site can be limited to one or many groups of users.

For collections powered by Qweri and leveraging the annotation feature, Decisia 6.3 makes it possible to share individual notes with group members.

[2] Decisia sites with many groups display the “Visible to” publication status (see Figure 2).

[3] If a collection has a more restrictive publication status than a document hosted within it, the document inherits the restrictions from the collection.