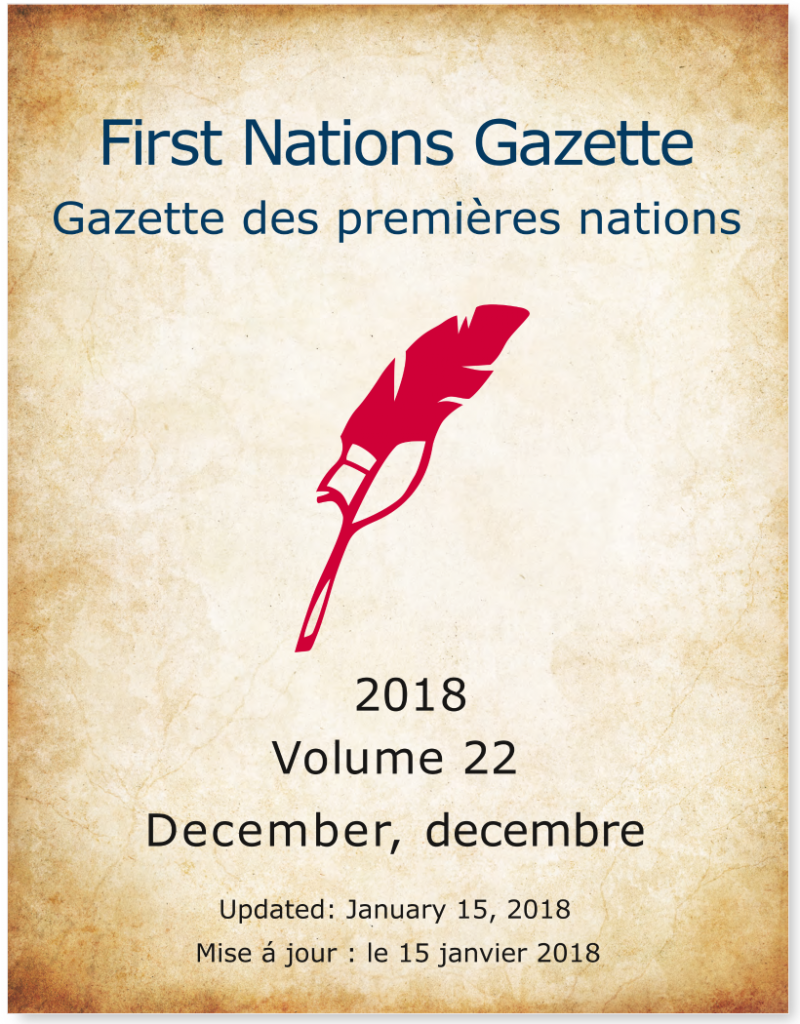 The First Nations Gazette (FNG) recently released a modernized website leveraging Lexum’s solutions for providing online access to its various components. The FNG database is composed of the following data:

In total, this is over 9,000 legislative documents and notices that were migrated by Lexum from multiple source formats including unOCRed and OCRed PDF, HTML, and MS-Word files.